You are here:
GinRecipesSouthside Fizz 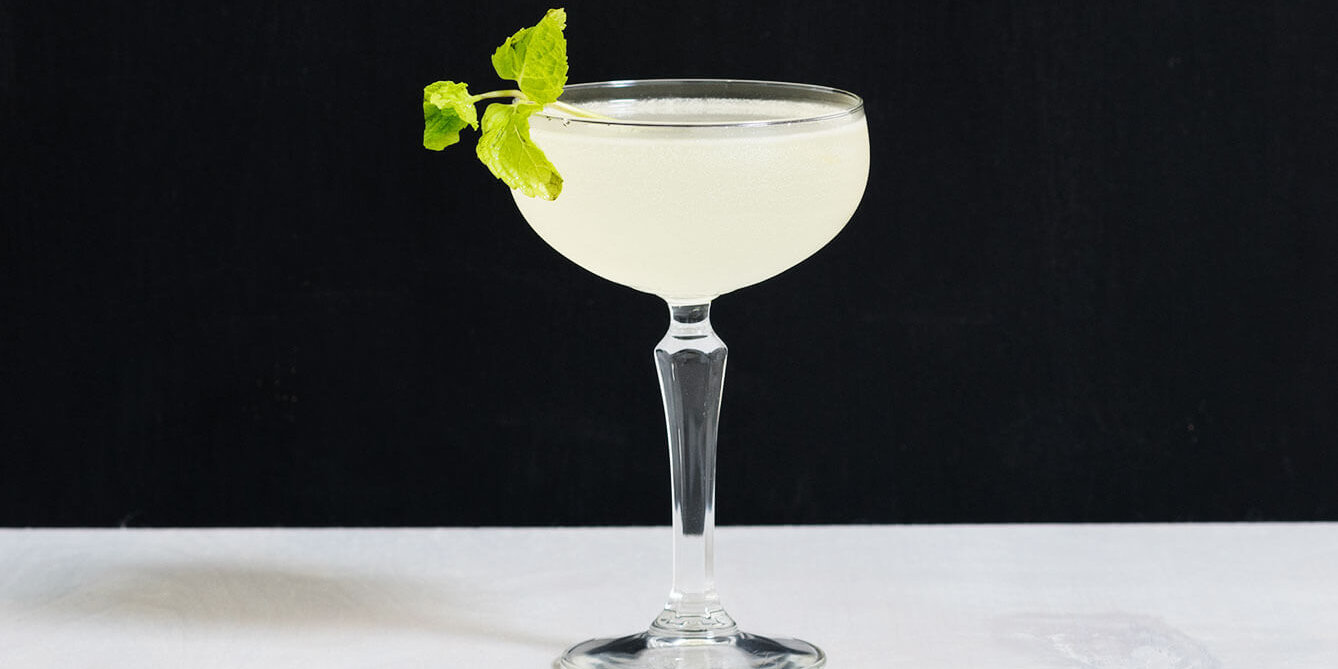 INSTRUCTIONS
NOTES
If you’re making a big batch of this, here you go: 1-part mint syrup, 1.5-parts lemon juice, 1.5-parts lime juice, 3-parts gin. Put those in a pitcher (as large or small as you’d like) to combine and stick it in a fridge to get cold. Don’t add ice, that will water it down. Then, when it’s party time, take the pitcher out, half fill your coupes, then top with champagne, and garnish with sprigs of mint. Now let’s party!

A friend of mine asked me to help her come up with a cocktail for a birthday party she’s putting together with the instructions of, “How about something in a coupe? Oh, I love gin. And champagne. It’s a ’30s era party.” I was set. Naturally, I figured ’20s era because the Roaring ’20s (fun fact: it’s almost time again for some Roaring ’20s). After a little fiddling, I came up with the Southside Fizz, Locke Edition.

To begin again at the beginning, a classic take on the Southside Fizz is some gin, some mint, lemon, some simple syrup, and club soda (we even did a non-fizzy edition Southside before, but that’s a different post).

This being a party, the first thing that I knew I had to do was swap out the club soda for bubbly. If you’re going to celebrate, then celebrate. In this version, anything that’s a brute will work very nicely — though I’ve found that true most of the time.

Straight lemon seemed a little tame, so I tested out the tried-and-true lemon and lime combo. As I suspected (because I’m not really breaking new ground here, a few people have used lemon and lime in at least one or two drinks out there), it provided a nice balance to the cocktail overall, complementing the gin and champagne.

Finally, it was a matter of the mint. In a traditional Southside, you muddle the mint and the lemon, shake your cocktail, then strain it into your glass. That’s all fine and dandy, but when you’re having a party, that’s a bit of extra labor that you shouldn’t have to do when you’re entertaining guests. I opted to go with one of my favorite tricks: make a mint simple syrup.

To make your own, all you need to do is take a whole heaping mess (very technical here) of mint and put it in a pot with one-part water and one-part sugar. Bring that to a boil (to dissolve the sugar), then turn off the heat and let it cool. Strain out the mint and you have mint syrup.

Oh, the ’20s angle? That comes from (apocryphal) stories about how this someone invented the cocktail in Chicago, on the south side, during the ’20s. It was all about the high quality (read: sarcasm) bathtub gin, illicit jazz clubs, and mobsters. We’ll go with the idealized version of those stories and leave the dirty history for other sites who like to make people question the goodness of humanity. Us here? We’re in for a cocktail and enjoying everyone! (Oh, the real invention? More than likely a bartender at the Southside Sportsmen’s Club on Long Island, New York invented it sometime in the late 19th century.)