You are here:
BeerSummer News 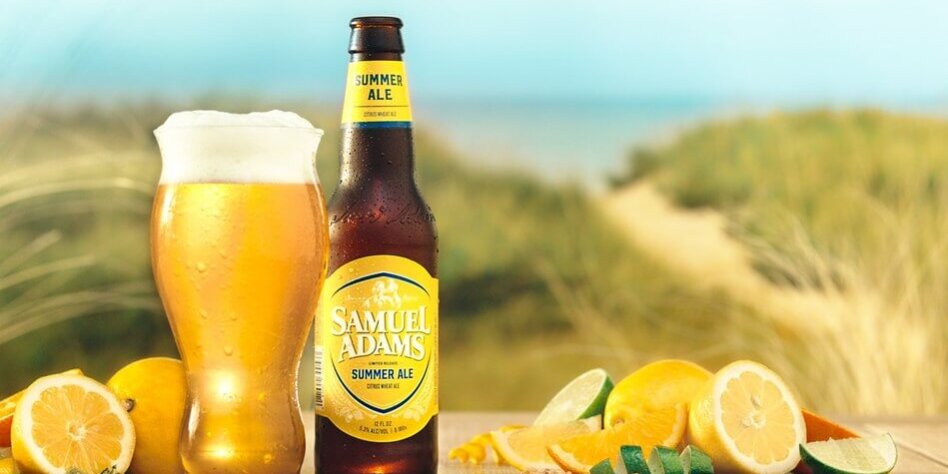 The unofficial start of summer is officially here. Memorial Day, the first three-day weekend of the season just happened. For most Americans this is a long weekend at the beach or other outdoor occasions, not to mention, a day to remember those who gave the last full measure of devotion to our country.

At Boston Brewing (maker of Sam Adams beer), this month means time to start again selling Summer Ale, a wheat ale that’s been produced annually since 1996. The brew’s ubiquitous yellow tap handles and yellow and blue bottle labels have become as commonplace each summer in bars and restaurants as complaints about the heat and humidity.

This year, Boston Brewing decided to tinker with its well-worn recipe for Summer Ale, the lightest tasting of its seasonal ales, that’s usually a good brew to go to hot summer days and nights. Why mess with a good thing? Will the new formula turn into a new Coke phenomenon with beer drinkers demanding their traditional ale back?

I tried a couple of bottles with some friends to make a professional assessment. More on that in a moment.

First, a bit on why Samuel Adams—whose beers have been consistent top medalists in the NY International Beer Competition for several years—would try something new with one of its top seasonal beers. Boston Brewing Founder Jim Koch said even he was skeptical about trying to make a new Summer Ale. “When we introduced Summer Ale 23 years ago it was inspired by the weather and ingredients of the season and had a dynamic flavor profile. As we started experimenting with the Summer Ale recipe, we decided to only update the classic recipe if we were blown away by the flavor and drinkability.”

Summer Ale was the last of four rotating seasonals to join its mix two decades ago that includes Octoberfest, Winter Lager, and a spring brew that’s taken tours as a Helles and a Doublebock over the years.

Sam Adams’ Summer Ale has always had a smooth but modest citrusy taste with a floral type aroma. It was introduced when there were only about 1,000 craft brewers in the United States (compared to over 7,000 today), and it has been one of those beers that would help convert those to the cause of craft beer. Koch, who has long identified his beers with the American Revolution and our nation’s founders, is still at it. “Just like our forefathers sought to create a more perfect union we took up the challenge to brew a more perfect Summer Ale,” he said.

The new Summer Ale has some of the same trademark tastes as before, but each of its major ingredients has been amplified. That means you get more citrus flavor from the orange, lime and lemon peel notes. The hazy wheat ale has just a hint of pepper and sweet wheat malt in the Hefeweizen tradition. Grains of Paradise also are on the nose of this beer that has a smooth upfront taste, with just a little carbonation that makes it easy to drink (more than one).

“With this new recipe, we found a way to give drinkers even more of what they know and love about Summer Ale,” Koch said. The 5.3% ABV ale scores low on the bitterness scale but high on crisp mouthfeel that most beer drinkers love. As such , the brew goes well with summer staples such as salads, lobster and tart desserts such as my mom’s favorite, key lime pie.

Sam Adams brewers knew they were taking a risk experimenting with an iconic recipe that for two decades has become the classic summer seasonal brew. They set out to experiment and capture lighter and brighter flavors and aromas. Along with the aforementioned citrus elements, the brewers pumped up those notes with additions of pureed oranges, limes and lemons, which give more wholesomeness to the taste. The lemon purée pulls double duty by giving a taste like fresh lemon juice with an almost candied note that the brewers thought makes the beer even more drinkable. The overall goal was to create a beer that already has a more restrained taste profile and given it some zest, while still keeping it a refreshing and easy to drink as before.

Incidentally, the new ale comes just as Sam Adams has purchased Delaware-based Dogfish Head, maker of 60-minute IPA and beers that are known for full and wild flavors.

Summer Ale is now available nationally in six-pack and twelve-pack bottles, twelve-pack cans, 16 oz cans, draft and Summer variety packs. The super bright yellow cans and bottles will be tough to miss in your favorite grocer.

As for the old style Summer Ale—you probably won’t miss that at all.